India’s seventh-largest state, Gujarat has a rich history, culture, tradition, and heritage, and is located in the western part of India. The state is blessed with a dynamic range of attractions constituting historical monuments, multi-style architecture, religious temples, and enticing wildlife, making Gujarat an appealing tourist destination for both inbound and outbound visitors. The Big B “Don” Amitabh Bachchan is a brand ambassador for Gujarat Tourism. Come to “Khushboo Gujarat ki” and get lost! (In the voice of Big B.)

Well, if I haven’t tempted you enough with Gujarat’s Glory, I have a list of places to introduce to you. Here are the top 10 tourist attractions in Gujarat, that should definitely feature on your Gujarat Travel Bucket List !

India is rich in culture, and when it comes to religious unity, there is no country like the Republic of India. Located in Gujarat, the famous Somnath temple holds high religious significance. It is believed to be the host temple for one of Shiva’s 12 jyotirlingas. Though destroyed and rebuilt many times during the conflicts between Hindus and Muslim invaders, this pride of architecture stands like a champ. When was this temple built? This is still a matter of debate, but for the majority of the parts, it is believed to have been built between the first millennia and the 9th century CE.

If history intrigues you and archaeology interests you, this is a must-visit place for you in Gujarat.

How to Reach Somnath Temple

By Air:  The nearest airport to Somnath is in Diu which is about 65 kilometres away.

By Road:  The nearest airport to Somnath is in Diu which is about 65 kilometres away.

By Train:  The nearest railway station to Somnath is Veraval Railway Station, which is approximately 5 kilometres away.

This wildlife escape is located 43 kilometres away from Somnath and is home to the Asiatic Lions and many wild animals. Also known as Sasan Gir, this national park was established in 1965, and is one of the Best National Parks in India. The wildlife is taken care of by the authorities to sustain wildlife unharmed. In the marked premises, no hunting or other activities are allowed. It is a protected circle for wildlife to survive. If you love nature and are empathetic when it comes to animal safety, this national park will make you happy!

How to reach Gir National Park

By Air: Nearest Airport is Rajkot from there it’s just a cab away!

By Road: There are bus routes from Rajkot, Ahmedabad and many other places, booking online is recommended

By Train: The nearest railway stations to Gir National Park are Junagadh, 80 km away and Veraval around 72 km away. 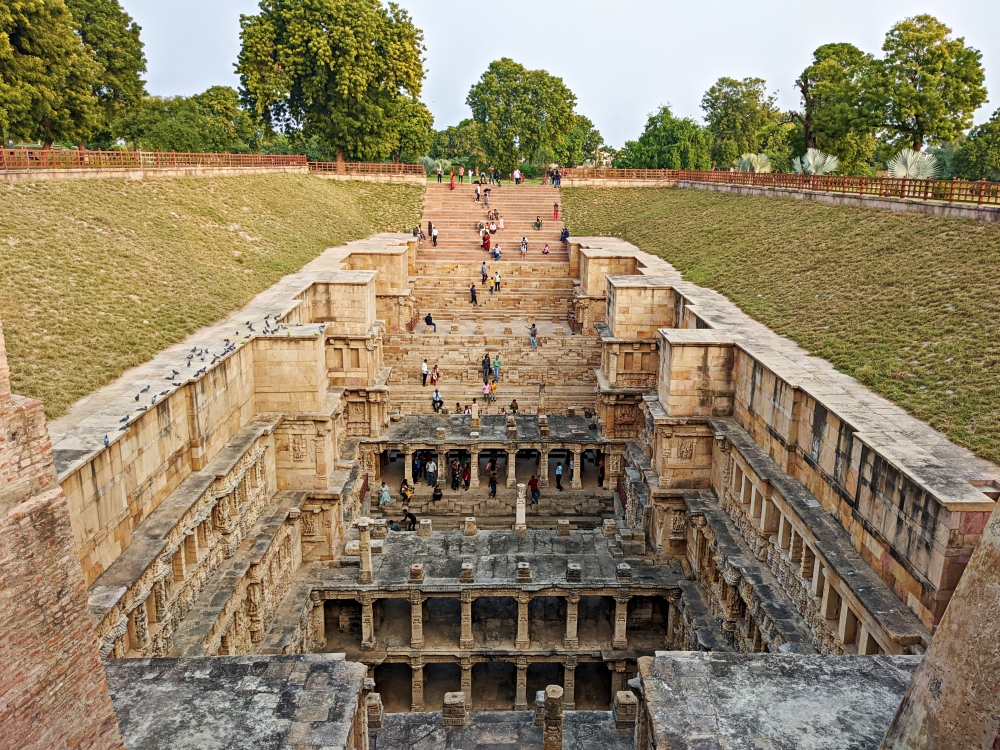 The Queen’s Stepwell, situated in the town of Patan in Gujarat, is historically significant. It was discovered in the 1940s and restored to a visitable state by the ASI (Archaeological Survey of India) before being designated a world heritage site in 2014. The best of its type is the pride of the Archaeological Survey of India. Here you will find around 500 sculptures of Lord Vishnu and over 1000 minor sculptures representing Hindu mythology at its best! This is an interesting place to visit for people with a curiosity about urban and country legends, and visiting Rani Ki Vav is definitely one of the Best Things to do in Gujarat.

How to reach Rani Ki Vav

By Air:  The nearest airport from Patan is Ahmedabad, located at a distance of 125 km. The airport here is connected to International and Indian cities.

By Road:  Intercity bus options from Ahmedabad to Patan take at least 3.5 hours and around 1 hour from Mehsana. Shared jeeps are a way to go on budget, it is slightly quicker but less comfortable comparatively.

An Indo-Saracenic Revival architectural wonder, the palace was built by Maharaja Sayajirao Gaekwad III in the year 1890. To its pride, the palace is known to have been the largest private residence, measuring four times the size of Buckingham Palace. Since its ascension, the palace has been modernised and has served as the Royal Family’s residence. The palace compound is laid out over about 500 acres, providing the basis for many banquets and convention halls. Given its architectural grandeur, that itself serves as a reason for this place to be visited if the tempting other factors like the stories of the palace aren’t enough!

With 45 hectares of land, it is the most extensive garden in India’s western region. This Park is dedicated to Maharaja Sayajirao Gaekwad III. This was built in 1879 on the Vishwamitri River and contains a diverse range of flora, including over 99 tree species. This Park also hosts two museums, a zoo, a planetarium a toy train for children to cruise, and a beautiful flower clock. Gujarat’s most popular attraction has so many amenities under one roof.

Gujarat is a dynamic city as I have stated earlier. To explore it fully, you may need to dedicate a whole month there. But assuming you have planned a quick trip I had assorted this list for you. If you are looking for a longer stay, stay tuned! I may probably give you a more microscopic district-wise list!

How to reach Vadodara

By Road:  NH8 passes through Baroda, making it well connected by road as well.

By Train: The city lies on the busy Mumbai-Delhi Western Railway Main track and it is well connected by elite trains like Shatabdi and Rajdhani Express.

The most populous city of Gujarat is a hub of various recreational activities. If not for something, in particular, you could take the whole city a package. If you love architecture, you can visit Hathee Singh Jain Temple, ISCON Temple, Adalaj Step-Well, if you love food, then Gujarati thali would treat you well. If you are about nigh life the Ahmedabad nigh life will cherish you up! I believe you must spend a whole day year, from sunset to sunrise, or better – Spend a Weekend in Ahmedabad. You won’t regret It.

Situated on the banks of the Sabarmati River, this Ashram was once home to Mahatma Gandhi and his wife, Kasturba. This iconic place in the suburbs of Ahmedabad is where the Dandi March began which had a crucial impact on India’s Independence mission. The Indian Government has labeled it as a national monument and has been maintaining it diligently for visitors. Visiting Sabarmati Ashram can be an enriching experience for an Indian or for those who are interested in Indian History.

How to reach Ahmedabad

By Air:  Via Ahmedabad Airport

By Train: Via Ahmedabad Railway Station

Bhuj City and the Great Rann of Kutch

Bhuj, India’s westernmost city, is a veritable treasure trove of heritage and culture. Like many other places, Bhuj has not declined from its core culture despite the heavy tourist inflow from the west. It has maintained its architectural wonders and culture like no other city in the country. Bhuj is famous for its winding, narrow streets, palaces, and temples. It also houses the state’s first museum. It not only has many attractions within the city, but the surrounding areas (especially villages) are well-known for their traditional handicrafts and embroidery.

Bhuj is just 80 odd kms from Dhordo which is home to the Tent City that hosts Rann Utsav and is the gateway to the Great Rann of Kutch which is one of the most visited tourist attraction in Gujarat.

How to reach Bhuj

By Air:  Land at Ahmedabad and take a cab to Bhuj

By Train: Direct train to Bhuj is Available

Junagadh is an ancient and storied town with a plethora of historic sites and pilgrimage sites. A tour of the old city walls, which have been well-preserved and well-maintained, encloses ancient temples, shrines, palaces, and fortifications, and a tour of them re-enacts the city’s 2300-year history. The way the drama of the architecture feeds off the rugged landscape of cliffs, valleys, and mountains is beyond comparable to any other. This is one of the other places in Gujarat you must not miss.

How to reach Junagadh

By Air:  The nearest airport is Rajkot and Porbandar airports. Direct flights from Mumbai are available to these airports. Taxis and buses can be taken once you land from outside the airports to proceed to Junagadh.

By Road: Junagadh is connected to other cities and towns of Ahmedabad, Bhuj, Bhavanagar, Dwarka, Somnath and Rajkot by road.  Both private and government buses can be taken to travel to Junagadh.

By Train: Junagadh Junction Station located around 1 km away from the city centre has train service from places like Mumbai, Rajkot, Ahmedabad, Thiruvananthapuram, Pune and Jabalpur. The availability of trains has improved rail connectivity between Junagadh and other major Indian cities.

Your experience of time may no longer be linear as you walk through the streets of Vadnagar, as eras merge and cycles connect. The pottery fragments, textiles, ornaments, and tools left behind by the agricultural communities that settled here date back 4500 years.

The 12th-century traces can be felt wedged between the interlocking stones of the steep lake’s embankments or carved in the torans left behind by the Solanki dynasty. In the Government Museum, you can hear echoes of bhavai folk theatre’s glory, and if you’re lucky, you might even catch an impromptu performance in the streets.

How to reach Vadnagar

By Air: The nearest airport is Ahmedabad at 111 km

By Train: Via Siddhapur Railway Station on Ahmedabad – New Delhi railway line which is 42 km from Vadnagar. 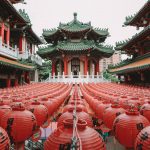 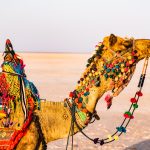 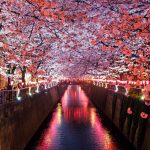